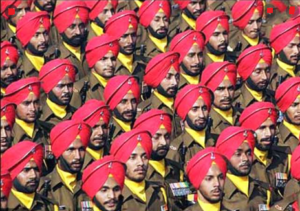 Medical Test/Medical Exam Army Bharati:  Candidates for relation/ sports Army Bharti found eligible in Physical Fitness Test, Physical Measurement Test will have to go through medical examination. All candidates are advised to visit on “Medical Test Preparation Tips“ for easily success in  Medical Test and, you must visit on “How Medical Exam is done” during army medical test of Complete Body” also study “Causes of Medical Unfit/अनफिट होने के कारण “.

Admit Card SIKH Regt Center Ramgarh Relation/Sports Army Bharti: Admit Card/Hall Ticket for Written Examination will be issued on completion of PFT, PMT and Medical Test to the candidates.Admit Card for Medical Unfit/Review candidates will be issued on receipt of Fitness Certificate from concerned Military Hospital. You may write down your comments or questions to get quick reply in the comment box below.