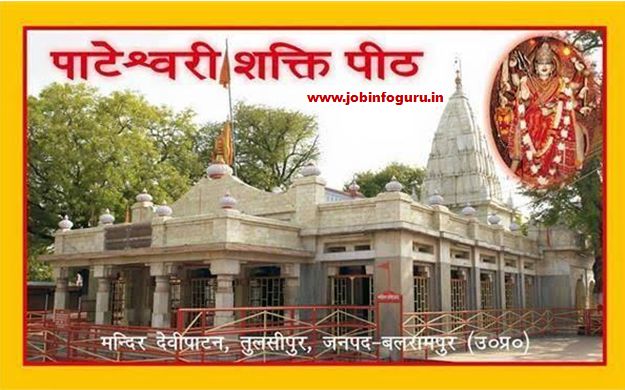 Balrampur History / Pride of Balrampur: India has its glorious history with its diversity, historically the past of Balrampur district has been very glorified. Balrampur has its own special place in archaeological, historical, cultural, geographical and industrial point of view. The ancient heritage of Hindu Muslim communal harmony, spiritual, Vedic, mythological, education, culture, music, art, beautiful buildings, religious, temples, mosques, historical forts, glorious cultural art of Balrampur has been in itself since time immemorial. Has a special history. The history of the origin of Balrampur is as follows. History of Balrampur till date.

History of Ancient Era Balrampur: In ancient times Shravasti was the capital of Kosala. The ruins of ancient Shravasti are spread over an area of ​​400 acres. There are many temples associated with Buddha, which are called stupas, on this there is an ancient Peepal tree, under which Buddha attained enlightenment by sitting and its name was Bodhi tree. Jeetnav Math, one of the oldest monasteries in the country, is said to be one of the favorite places of Gautam Buddha. It has inscriptions from the 12th century. Gautam Buddha spent 21 years under the Peepal tree. We all have read the story of Angulimal, it has an important place in the history of Balrampur because this incident took place in the dense forests of Shravasti. Another site of religious importance in the city is Shravasti. Mahavir Jain, the 24th Tirthankara of Jainism is said to have ‘influenced’ this place. It houses the Shvetambara temple.

History of Medieval Age: Balrampur district was a part of Bahraich during the Mughal rule in the medieval era. Later, it came under the control of the ruler of Oudh in February, 1856 by the British Government. The British government separated Gonda from Bahraich and Balrampur became a part of Gonda.

History of the British time and post-independence tenure: A commission was formed to administer the region with its headquarters at Gonda during the British rule. During this period Balrampur was the district of Gonda, consisting of 3 tehsils, Gonda Sadar, Tarabganj and Uterula. On 1 July 1953, the tehsil of Uttaraula was divided into two tehsils, Balrampur and Uterula. In 1987 three new tehsils were created from Gonda Sadar Tehsil, Tulsipur, Mankapur and Colonelganj. Later, in 1997 Gonda district was bifurcated into two parts and a new district, Balrampur was born, consisting of three tehsils of the northern part of the erstwhile Gonda district, Balrampur, Utula and Tulsipur.

Naming of Balrampur District: The city of Balrampur is named after Raja Balramdas, an old talukdar here. This city is not very old. There was a lot of progress in Balrampur during the time of Maharaja Digvijay Singh.

Establishment of Balrampur district: Balrampur district was formed on May 25, 1997 by separating it from district Gonda and Siddharth Nagar. Earlier it was part of Utraula tehsil of Gonda district and it remained from 1953 to 1987, then Balrampur Recognized as an independent tehsil, which lasted till 1997, after which Balrampur became a district.

Status of Balrampur District: Balrampur is a town in Gonda district in the state of Uttar Pradesh, India, located 2 miles south of the Rapti River. It has also been the capital of the old Balrampur princely state. Balrampur district is bounded by Siddharthnagar in the east, Balrampur in the west, Nepal in the north, Gonda in the south. In the north of the district lies the Shivalik ranges of the Himalayas. which is called the Terai region.

Places to visit in Balrampur: