Home
/
History
/
History of Raebareli from Bharauli or Barauli to Raebareli 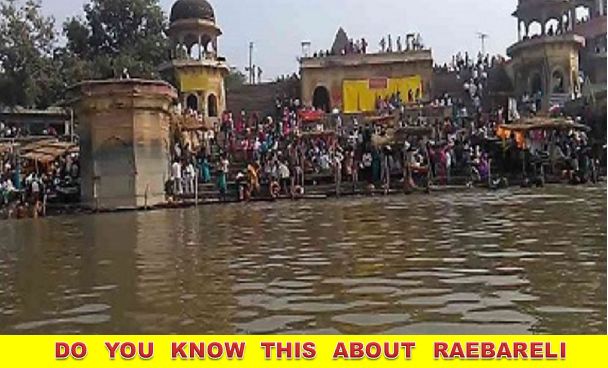 Glorious and grand story of Raebareli

Pride History of Raebareli: History of Raebareli Historically, Raebareli past has been very glorious and glorious. Raebareli has its own special place from the archaeological, historical, cultural, geographical and industrial point of view. Raebareli existence has remained intact, despite the many messes of the eternal rule of change. Raebareli has been an integral and prominent part of central Uttar Pradesh. Raebareli has stories of rich culture, language and literature which people from all over India know. Raebareli city is very close to Lucknow, the capital of Uttar Pradesh has seen innumerable progress in the past for a very long time. Raebareli district was a part of the vast Awadh region in the medieval period. Raebareli was a thriving city with rich forms of art and culture as well as excellent trade options. The people of Raebareli are known for their professional skills and literary achievements.

Legendary Raebareli: Raebareli was a part of the famous Kosala Empire during the Treta era. In which Lord Rama was ruled. The capital of the Kosala Empire was Ayodhya, which is still very close to Raebareli. Since Raebareli has also been an integral part of the Awadh region, the people of Raebareli mainly speak Awadhi, which is an original form of the Hindi language.

Raebareli in Treta Yuga: Raebareli was a part of the very famous Kosala Empire during the Treta era. In which Lord Rama was ruled.

Raebareli from Bharauli or Barauli: Raebareli was founded by the Bhar dynasty and hence was known as Bharauli or Barauli. Which later changed to Bareilly. The prefix “Rai” is said to be a spoiled word of “Rahi”, which is a village and is located 5 km from here. It is also believed that the prefix Rai settled here a group of Kayastha castes, who had spent a long time in the city.

Why was Raebareli named Raebareli: Raebareli first had the reign of Bharo, where by it was called Bharauli or Barauli, but it was added to the Rae prefix to make it Raebareli.

Raebareli and Kayastha Community: There are two myths in the Rae, a prefix of Raebareli, firstly Rahi is a very famous village only 5 kilometers from the center of Raebareli. The second Kayastha community and the Maniharas were formed by the Rai community which ruled the city of Raebareli for most of the past. Barauli’s name became Raebareli after Rai’s reign.

The reign of Bharo: Raebareli was ruled by Raebareli in the early 13th century. It is known from the very beginning that Raebareli was founded by the dynasty of Bhar and hence was known as Bharauli or Barauli. The Raj Bhar was later displaced by the Rajputs and some Muslim colonists.

The reign of Rajput: Raebareli was ruled by two Rajput dynasties like Kanpur and Amethi, who ruled in the east and north-east.

Establishment of Raebareli district: Raebareli was established in 1858 by the East India Company as a district. This was the time when the British made the city of Raebareli its headquarters.

Farmer Movement in Raebareli: When the farmer got fed up with the atrocities of the then Talukedar, on 5 January 1921, under the leadership of Amol Sharma and Baba Jankidas, a public meeting was held in Chandnihan. Farmers from far-flung villages also came to attend the meeting. To make this public meeting unsuccessful, the talukaidar, the then District Magistrate A.G. After meeting Shorif, the two leaders were sent to Lucknow Jail on fake charges, they were prosecuted there, the very next day of arrest, the rumor spread quickly among the people in Raebareli that the two leaders were murdered in the jail by the jail administration of Lucknow.

Raebareli massacre January 7, 1921: In Raebareli, the rumor spread in the farmer agitation that Amol Sharma and Baba Jankidas have been murdered by the jail administration of Lucknow in jail. So on January 7, 1921, at Munshiganj (Raebareli), a huge crowd gathered in support of their leaders at one end of the Say River and a fierce war took place in which many people lost their lives.The Raebareli massacre was nothing short of the Jallianwala Bag massacre.

Raebareli in 1966: The villages of Katia, Ahtima, RawatPur, Ghiya, Mau, Sultanpur Ahetmali, Kishunpur, Domai and Lohegi were converted from district Fatehpur in district Raebareli to Sareni Dalmau in Tehsil district.

British Quit India Movement: On 8 August 1942, the people of this district also took part in the Quit India Movement. The movement led to mass arrests, mass fines, lathi-sticking and police firing. The police opened fire on the agitated crowd in Sareni, in which many people were martyred and many were crippled. The people of this district enthusiastically participated in the personal satyagraha and shook the foreign roots.

Raja Beni Madhav First Revolution of Indian freedom struggle: Rana Benimadhav of Baiswara set up a revolution by adding thousands of peasants and laborers in Raebareli, Unnao and Lucknow to face the British torture. Even after many sieges, the British could not find Beni Madhav. Raja Beni Madhav, the ruler of Shankarpur became one of the leading warriors of the first Indian freedom struggle. The guerrilla war against the British, which Beni Madhav waged for 18 months in Raebareli, the heartland of the Awadh region, is no less than a mishap.

Mallik Mohammad Jayasi: Malik Muhammad Jayasi (1477 – 1542) is a poet of the Nirguna Premashrayi stream of the Bhakti period of Hindi literature. Mallik Mohammad Jayasi was born in Jais in Raebareli district. Malik Muhammad Jayasi was a very high-class simple and generous Sufi Mahatma. His famous literature, written as “Padmavat”, describes the victories of Chittor’s very beautiful queen Padmini and Alauddin Khilji. Here she notably tells the story of the never ending spiritual love that existed between Rani Padmini and her husband Rawal Ratan Singh, the king of Chittor.

Than Kavi (Poetical Poet): The poet’s full name was Thanrai, the poet of Ritikal. A resident of Daundiyakher (Raebareli) and Sukavi was the nephew of Chandan Bandijan. Nihalrai’s father, Mahasingh’s father and Lalrai were his great-grandchildren. In the name of Dalel Singh, the local Rais of Chandra (Baiswara), he composed a scripture called “Dalelprakash” in 1840 V in which the rasas, bhavas, gana ornas and poetic virtues are well explained.

Munawar Rana: Munawwar Rana (born 26 November 1952, Raebareli, Uttar Pradesh) is an Urdu language litterateur. He was awarded the Sahitya Akademi Award in 2014 for Shahdaba, a poem composed by him. Munawwar Rana lives in Lucknow. At the time of India-Pakistan partition, many of his close relatives and family members left the country and moved to Pakistan, But despite communal tension, Munawar Rana’s father considered it his duty to remain in his country. Munavvar Rana’s early education took place in Calcutta (renamed Kolkata). Rana has also written memoirs apart from Ghazals. The popularity of Munavvar Rana writing can be traced from the fact that his works have been translated into languages ​​other than Urdu.

Famous poet Munnavar Rana said in his style, “Raebareli is the city where politics passes through the drains”.

Maharajganj / Raebareli (Dalmau): Mahakavi Suryakant Tripathi, the chief pillar of cinematism, is a priceless heritage of Nirala Hindi literature. Whose society is still indebted. How he became unique in Hindi literature is also the story behind his wife-in-law Dalmau (Raebareli) and the beautiful Ganges Ghats. Dalmau town, located at a distance of 30 km from Raebareli, has been a companion to the historical literary journey of Nirala.

Banwari Lal: Not only an active member of the Hindustan Republican Association, a revolutionary organization formed in Uttar Pradesh during the British period, but was also the district organizer of Raebareli. On August 1, 1925, 40 people were arrested from all over India in the historic robbery near Kakori. Banwari Lal was arrested from Raebareli.

Brij Narayan Consolidated: Brajnarayan Chakbast (1882–1926) was an Urdu poet. Although Brajnarayan was a resident of Lucknow, he was born in Faizabad. Brajnarayan was a strong social reformer. On 12 February 1926, while returning from Raebareli from a case, Faliz had such an attack on the station that he died in a few hours.