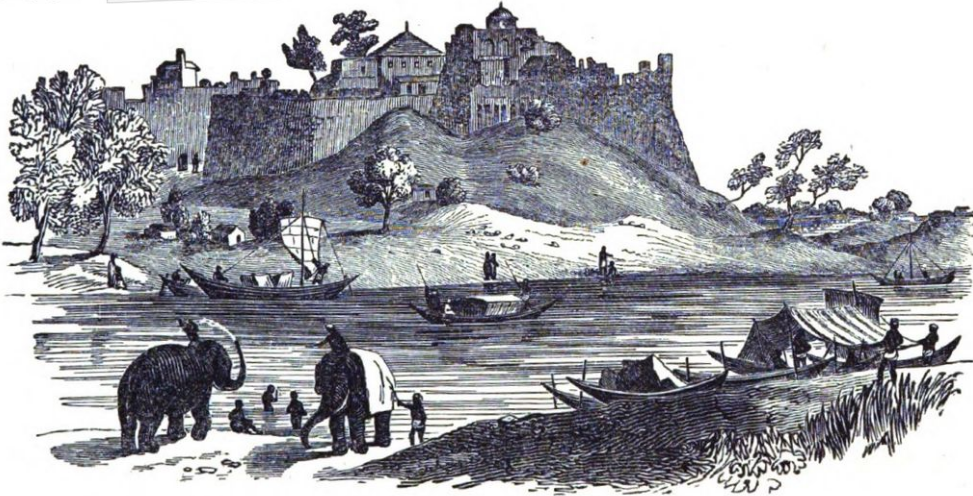 Jaunpur Mythological Period: According to mythology, this holy place is currently named as Jaunpur district due to Jamdagni’s Ashram land of penance, one of the Bhriguvanshi Seven Sage. Jaunpur has got the glory of the austerity-land of Bhrigu Vanshi Sages.

Jamadagnipuram to Jaunpur: According to legends it was initially known as Jamadagnipuram but over time it became Jaunpur due to Awadhi language.

Yavanpur to Jaunpur: According to folklore, the name of the beginning of Jaunpur was Yavan Pur, which gradually became Yavan due to the influence of Awadhi language, and later became Jaun or Yavanpur and currently Jaunpur. History is witness that Sharqi Sultan came to India from Africa and Africans were called Yavan. Due to the rule of the Yavanas, it has been built from Yavanpur to Jaunpur.

Jaunpur of the Mughal Sultanate: According to Mughal history, in 1359 the Sultan of Delhi, Ferozeshah Tughlaq named this district Jaunpur after his beloved cousin Muhammad Bin Tughlaq, real name Jauna Khan.

Jauna Khan died in 1351 AD: Mohammed Bin Tughlaq was killed while fighting in a place called Thatta, Pakistan, 8 years before the naming of Jaunpur. The name of Muhammad Bin Tughluq’s childhood was Jauna Khan, that’s why the city was named Jaunpur in memory of Jauna Khan.

Malik Sarwar: In 1388, Ferozeshah Tughlaq appointed his daughter’s lover Malik Sarwar as the Governor of Jaunpur.

Declaration of Independence: In 1393 AD, Malik Sarwar declared himself independent due to internal strife.

Capital Jaunpur: In 1393 AD, Jaunpur gained the fortune of making Jaunpur a capital whose empire extended from Etawah in the west to Bengal in the east and Vindhyachal in the south to Nepal in the north.

Atala Masjid: The foundation of the historic famous Mosque Atala of Jaunpur was laid by Feroz Shah in 1393 AD which was completed by Ibrahim Shah in 1408.

Glorious Military Power of Jaunpur: From 1402 AD to 1440 AD Mubarak Shah’s younger brother Shams Ud Din Ibrahim had elevated the military power of the Jaunpur Sultanate to the highest peak.

Jama Masjid Jaunpur: In 1438 AD, Ibrahim Shah started building Jama Masjid and it was completed by his Begum Rajibivi in 1442 AD.

Ibrahim Lodi’s Death: In 1526 AD, Babur defeated and killed Abraham in the battle of Panipat.

Humayu’s Rule: To conquer Jaunpur, Babur sent his son Humayu who defeated the ruler of Jaunpur and conquered the Sultanate.

Humayun’s Death: In 1556 AD, when Humayun died, at the age of 18 his son Jalaluddin Mohammad Akbar ascended the throne.

Death of Ali Quli Khan: Due to the rebellion of Ali Quli Khan in 1567 AD, Akbar himself marched and Ali Kuli Khan was killed in the war. Mughal Emperor Akbar came to Jaunpur and stayed here for a long time. The royal bridge Jaunpur was built during Akbar’s reign. Akbar went back to Delhi making Subedar Munim Khan the ruler.

Akbar’s Gift: The construction of the historic royal bridge of the Gomti River at Jaunpur was started by the Mughal Emperor Akbar in 1564 AD. This bridge was built in 1569 AD under the supervision of Munim Khan, the Subedar of Emperor Akbar.

Nawab Rule of Awadh: After being a part of the Mughal Sultanate for 150 years (one and a half century), Jaunpur was handed over to the Nawab of Awadh by the British in 1722 AD.

Jaunpur & Azamgarh: Azamgarh was also renamed under Jaunpur under British rule in 1818.