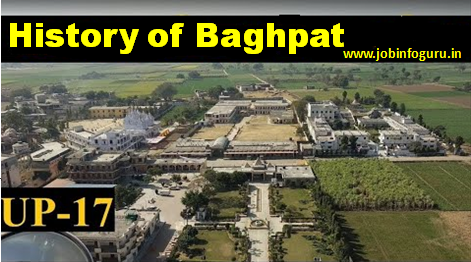 GLORIOUS AND GRAND STORY OF BAGHPAT

Baghpat’s Pride: Bharatvarsha boasts of its glorious history with its diversities, historically Baghpat’s past has been extremely glorious and glorious. Baghpat has its own special place from the archaeological, historical, cultural, geographical and industrial point of view. The ancient heritage of Hindu-Muslim communal harmony, spiritual, Vedic, mythological, education, culture, music, art, beautiful buildings, religious, temples, mosques, historical fortifications, glorious cultural arts, etc have been in their own right from the earliest. The history of origin of Baghpat is as follows. To date information of Baghpat in history. 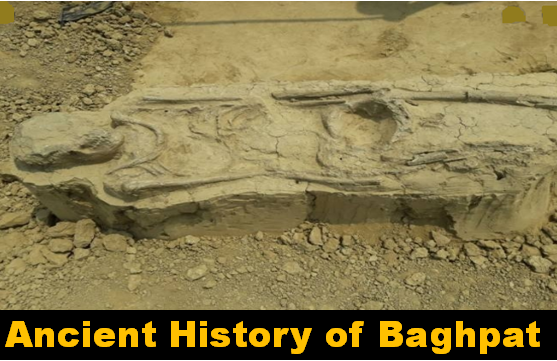 Ancient History of Baghpat: History of Baghpat knows back to ancient times, according to popular beliefs, Baghpat was founded by the Pandava brothers of Mahabharata, originally it was known as Vyagraprastha (Vyagraprakash of Sanskrit language, Little “Tigerish”). Because (the tiger population was found many centuries ago) and Baghpat was one of the five villages that the Pandavas demanded from Duryodhana to compromise before the Mahabharata war. Barnava, near Barout, is the site of the wax-fired Lakshagraha Mahal, which was built by Duryodhana’s minister Purochan to kill the Pandavas.

Baghpat District Establishment: Baghpat district was established in 1997, before that Baghpat was a tehsil in Meerut district. The name of the city comes from the Hindi word for tiger (tiger).

Baghpat named How: district name on Baghpat town, which “Wyagprsth” (ie lions location) and is believed to originate from the other words in the Sanskrit language “Wakyprsth” according Kthao (ie place of speaking). The city was eventually renamed Baghpat during the Mughal period. There used to be a small market in Baghpat.

Baghpat after the Revolt of 1857 during the Mughal period: When Mughal rule started after the revolution of independence movement, Baghpat district got its importance and it was established as the headquarters of Tehsil Baghpat. Baghpat first became a tehsil center and then gradually increased. At that time Baghpat was part of Meerut district. The city of Baghpat was formerly a small town and a small trading center known as Mandi. It was founded by Jabita Khan, son of Ruhela Chief of Mandi Najib Khan and the main business activity of the people living in the area has been jaggery and sugar. In addition, there are some units involved in the manufacture of footwear and agricultural equipment.

Archaeological evidence Baghpat: The Archaeological Survey of India was buried under the 4000-year-old royal coffin, sacred chamber, lentils and rice pots, tools, crowns, swords and humans under the ground here at the Archaeological Department in Baghpat district of Uttar Pradesh. The bones of animals have been found. Archaeological department has also found the bodies of wild boar and nevle near the tombs here. It can be understood from these bodies that animals were sacrificed here.

Sinauli excavated in 2005: When excavation work started in Baghpat Sinauli, 60 graves were found here. This was not found anywhere in the Indian subcontinent. During the excavation in January 2018, two chariots, soles and shields were found. It is estimated that there used to be an army of warriors here. The soles, shields, and helmets used in the chariot war are said to have been found in Mesopotamia and other cultures around 2000 BC. The remains of a horse skeleton have also been found here around 2006 BCE. DNA of skeletons found here is being traced.

Director of ASI Institute of Archeology, Dr. S. According to K Manjul: ASI has found the remains of many of the oldest civilizations of the Mahabharata period in Sanauli. Excavation was started here in January 2018, in which they found two chariots, royal coffins, swords, crowns, shields, which proved that the soldiers used to live here about 2,000 years ago. They point out that this burial must have belonged to the royal family.

Evidence of Harappan Civilization Baghpat District: Dr. S. K Manjul said that the remains of Harappan civilization have also been recovered here. Looking at these relics, it seems that these were one of the most developed times of the Harappan civilization. These remains will make it easy to understand how the Harappan culture developed along the banks of the Ganges and the Yamuna river. Along with this, copper swords, shields, crowns, chariots have also been found in the excavation here. Also, rice and urad dal were also found in the pot here.

Places to visit in Baghpat: There are many mythological, religious, archaeological and historically significant places in this district. Tourist places in Baghpat, Tourist places in Baghpat, Baghpat Tourist Place, Baghpat Attractions, Baghpat also has various markets and beautiful places to visit, this Lakshgriha described in the district Mahabharata, the ancient Pura Mahadev Temple and the Digambar Jain Temple located in Baragaon Is famous for Without seeing them, a trip to Baghpat are incomplete. In this article, we will tell about these beautiful scenic spots of Baghpat.

What is the place to see in Baghpat?