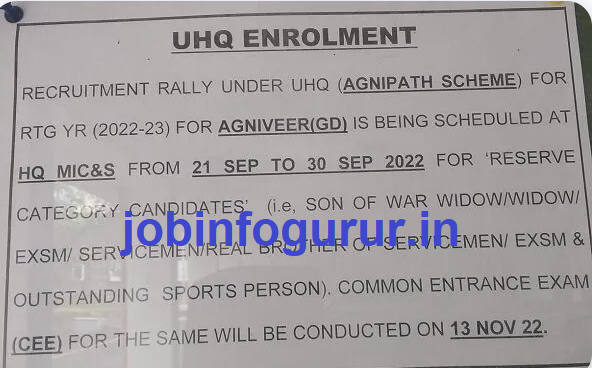 Notice: Outstanding sportsmen are advised to forward their names to Headquarters MIRC Ahmednagar to attend UHQ Quota recruitment rally well in advance through MIRC units. No sportsmen candidates will be entertained directly without sponsoring by units.

Medical Test/Medical Exam Army Bharati:  Candidates for relation/ sports Army Bharti found eligible in Physical Fitness Test, Physical Measurement Test will have to go through medical examination. All candidates are advised to visit on “Medical Test Preparation Tips“ for easily success in  Medical Test and, you must visit on “How Medical Exam is done” during army medical test of Complete Body” also study “Causes of Medical Unfit/अनफिट होने के कारण “.

Admit Card MIRC Ahmednagar Relation/Sports Army Bharti: Admit Card/Hall Ticket for Written Examination will be issued on completion of PFT, PMT and Medical Test to the candidates.Admit Card for Medical Unfit/Review candidates will be issued on receipt of Fitness Certificate from concerned Military Hospital.