Home
/
History
/
History of Sultanpur from Kushbhavanpur to Sultanpur 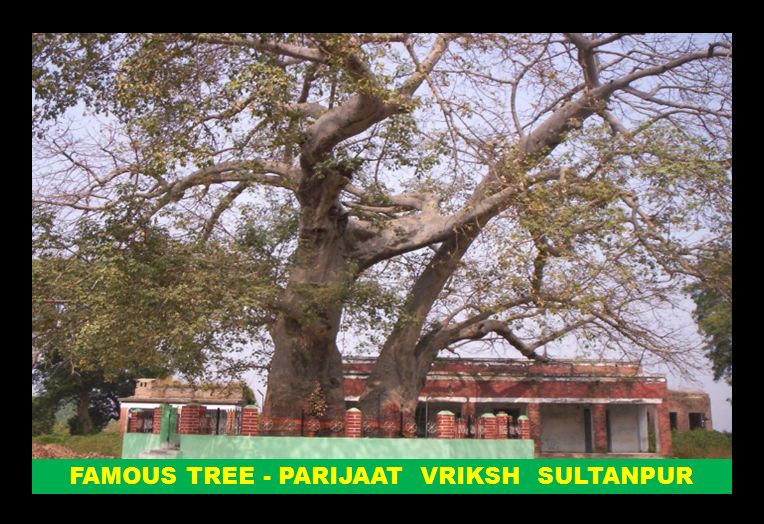 The glorious and grand story of Sultanpur

Pride History of Sultanpur: Historically, Sultanpur district has had a very glorious past. Sultanpur has its own special place from the archaeological, historical, cultural, geographical and industrial point of view. The land of Sultanpur has been the land of penance for many sages since the beginning. In the mythological and Vedic period, so many Maharishi’s have been born on the holy land of Sultanpur Awadh, in which Maharishi Valmiki, Durvasa, Vashistha etc. Its existence has remained intact, despite the many messes of the eternal rule of change.

Sultanpur is known as the 69th district of Uttar Pradesh. This area along the banks of Gomti has been famous for Kush-Kash since ancient times,This is the famous market of Barh built from Kush-Kash. In ancient times, the name of Sultanpur was Kushbhavanpur, which changed over time to Sultanpur.

Mythical Sultanpur: According to mythology, Sultanpur was inhabited by Kush, son of Lord Shri Rama, hence Sultanpur was known by the names of Kushbhavanpur etc. This area along the banks of the Gomti River has been famous since ancient times for Kush-Kash. This is the famous market of Barh built from Kush-Kash. Maharishi Valmiki, Durvasa Vashistha etc. have been the holy place of sages. The Vedic name of Sultanpur was Kushbhavanpur, which gradually changed to Sultanpur with the change of time.

Kushbhavanpur to Sultanpur: The ancient name of Sultanpur was Kushbhavanpur. The Sultan of the Khilji dynasty defeated Raja Nand Kunwar Rai, the king of Rajbharo, and named the city Sultanpur.

Sultanpur in Treta Yuga: According to folklore, the history of Sultanpur is associated with the Ramayana period itself, Sitakund is on a bank of Gomti in district Sultanpur where Goddess Sita took a bath with her husband (Lord Rama) during her exile. Sitakund Ghat has been established even today in the memory of world mother Sita. Baths and fairs are held here in the month of Chaitra and Kartik.

Aghoris shrine: The site of the Mahabharata period, about 5000 years old, is the main site of spiritual practice of the Aghoris. Aghor Peeth Baba Satyanath Math which is situated on the sacred bank of Adi Ganga Gomti in village Aldemau Nurpur on the Chanda road from Kadipur intersection. The fiery Chandeshwar Kapali Baba, the Peetadhishwar Avadhoot of the cremation bench of Harishchandra Ghat Kashi, who was deserted years ago, is trying to bring back the old glory of this place of archaeological importance.

The walls of the fort: Proof of this, the fort converted into ruins and the walls of the fort, etc are still visible today. In assessing the geographical location, the Ganges Gomti etc turned at an angle of 90 ° and large mounds around this monastery provide calm energy in the spiritual order. In the coming times, this Shaiva cultivation center of Sultanpur district will become an identity not only in the district but in the whole country.

hiuen tsang or xuanzang (曾憲u Céng xiàn u) : The Chinese traveler Hiuen Tsang went to Saket through this terrain, Hiuen Tsang has considered this city as Kiyashopolo. Hiuen Tsang has written that the big stupas built by Ashoka were located here during his time and Mahatma Buddha taught here for six months.

The reign of Bharo: This place used to be the capital of King Alde throughout the glorious reign of Aldemau Bharo. After the reign of Harsha, this territory came under the control of the Bahras. It was built by Isoli, King of Bheers, Isauli, Kund by garbage and Alde settled by Aldemau. Here all the kings were under the Gurjara Pratiharas of Kannauj. After the defeat of Jaichand, all the rulers became independent.

Hisamuddin: Hisamuddin was the first Muslim who came to Sultanpur for the first time. From here, Muslim suzerainty started over Kushbhavanpur.

Khilji Dynasty: When the rulers of the Khilji dynasty (1290–1320) came to do business here in the 14th century, they fought with the local rulers. In this, the Sultans of the Khilji dynasty emerged victorious, and they changed the name of Kushbhavanpur to Sultanpur. Evidence is also found in the books of Gazetteer, Kanhangham, Mahakavi Kalidas, author Tarakeswar etc. as evidence. Because it also states that the old name of Sultanpur was Kushbhavanpur.

Akbar’s reign: It is said that in 1248, Bariyar Shah, a descendant of Chahirdev, brother of Emperor Prithviraj Chauhan of Delhi, came. He built his own citadel in Jamuvawa village. Later his descendants took away the north of the Gomti River from other Kshatriya families. In 1364 AD, Malik Sarwar Khwaja laid the foundation stone of the Jaunpur Sharki Sultanate. P. Karnegie had found many coins of Sharki in the dhogap and Shahgarh. It is clear from this that Sultanpur was under the Sharqi rulers.

Sher Shah Suri ruled Humayun: When Sher Shah Suri defeated Humayun in 1539–40, King Trilokchand of Narwalgarh (now Hasanpur) was among the descendants of Vatsagotri Bariyar Shah, Who accepted the Muslim religion at the time of Babur and kept his name Tatarkhan. During Akbar’s time, Sultanpur was divided into many idioms.

1857 freedom struggle revolution: The first Indian independence struggle of 1857 was made independent on 9 June 1857 by killing the then deputy-commissioner of Sultanpur. Suppress the struggle when the English army stepped in So Chanda, who fought fiercely with the British at Kohiripur in Chanda, the historical warfare over the bridge, Amhat, and Kadu Nalla of Gabria Nala is recorded in a book called Freedom Struggle in Uttar Pradesh.

Freedom Struggle Revolution: The people of this district took a major part in the 1921 Kisan agitation.

1930 to 1942 revolution: In all the agitations in Sultanpur, the freedom and valor that the freedom fighters showed is historical. Farmer leaders Baba Ram Chandra and Baba Ram Lal are notable in this context, whose description of sacrifice is Pt. Jawaharlal Nehru has done this in his autobiography.

Scenic Spots in Sultanpur: There are Victoria Manzil, Christ Church and Chimanlal Park.The city has a large number of temples and palaces. The city has two parks, one known as the ‘Soldiers’, Boards of Sailors and Airmen and the other privately built Chimanlal Park.